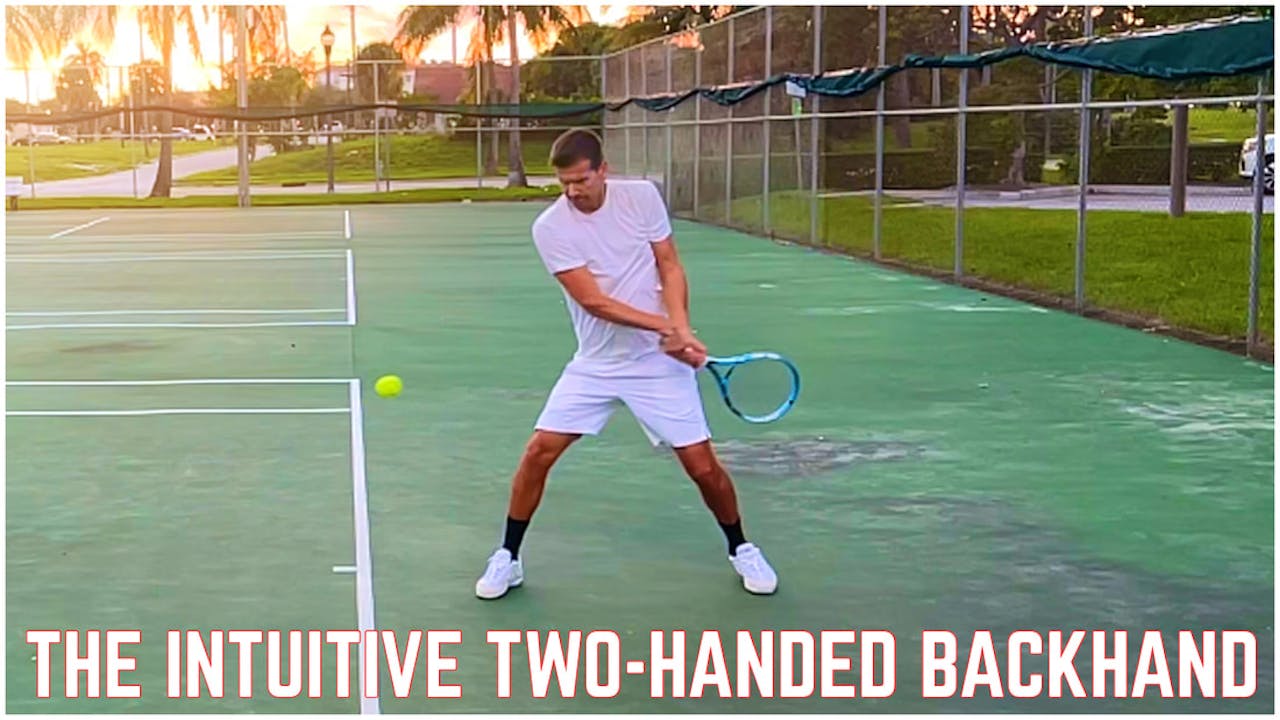 The two-handed backhand is biomechanically one of the most complex shots in tennis. So how come so many juniors are using it if it's so difficult?

However, adults who started playing tennis later in life have difficulty learning or improving this shot. Tennis elbow is rampant these days, and since most adult rec players use a one-handed backhand (the primary culprit for tennis elbow), the two-handed backhand is a smart choice.

But the problem is...

Here is the thing.

I'm here to help you.

I have conducted a tremendous amount of research on the two-handed backhand and have taught my intuitive methodology to 1000's of students. I put all this knowledge and work into one course. It is the only two-handed backhand course you will ever need to buy. I left no stone unturned.

But here's the cool thing. You will not only learn all the fundamental parts of the backhand, but you will understand that the only chance you have to strike the two-hander like the pros do is to rely on your intuition rather than mechanics. What I'm talking about here is the most important part of the two-handed backhand. It is called THE INTUITIVE ZONE!