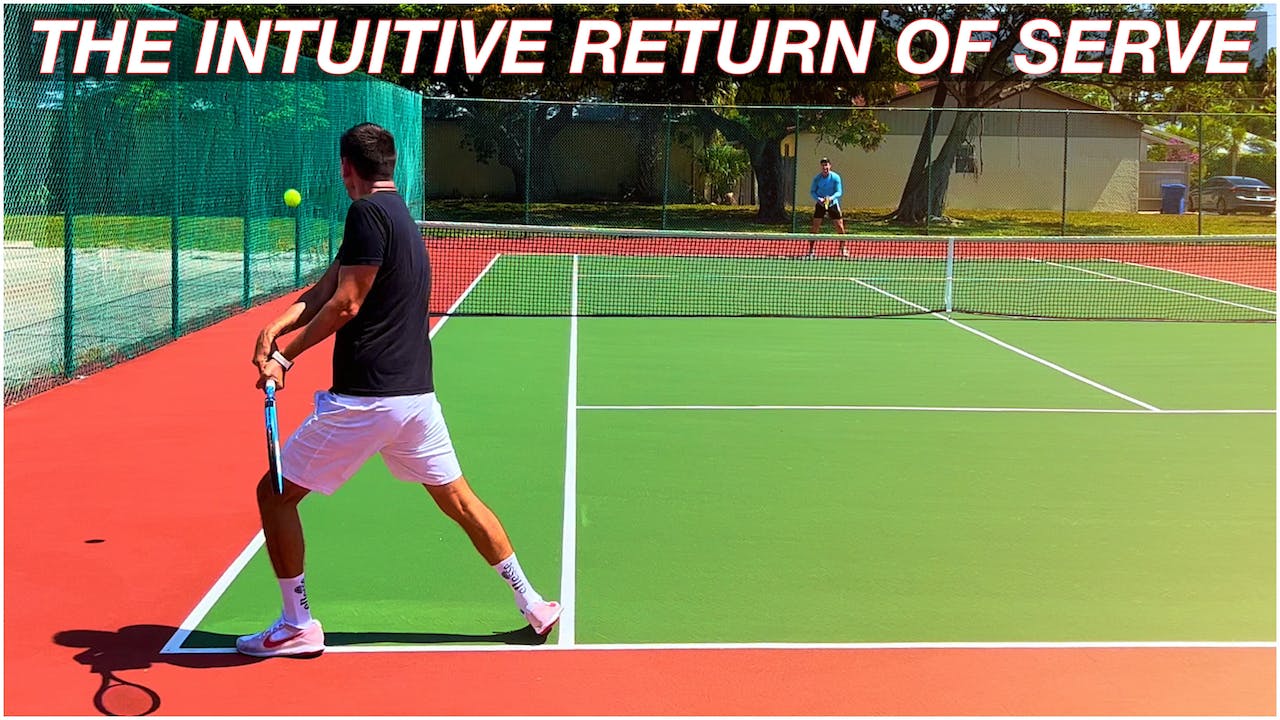 The Intuitive Return of Serve

The return of serve is one of the most intuitive strokes in tennis. Players have to rely on their intuition far more than on other shots.

Why would this be the case?

The serve is by far the fastest stroke in tennis, and that's not all. The trajectory at which it is delivered makes the return a tricky shot to execute.

The rhythm and timing of the return are entirely different compared to a groundstroke. And those are just two factors of many that make the return such a difficult shot to pull off.

There are intricate details that need to be adjusted for improvement to take place. I spent the last four years studying the return of serve to understand why players such as Agassi, Djokovic, and Federer return the best serves in the world so exquisitely.

But that's not all!

Having been a highly ranked D1 player myself, I had a decent return, but after applying the newly discovered methods, my return of serve is better now than when I was in my prime.

I am ready to teach you The Intuitive Return of Serve, a comprehensive course that includes all the intricacies and fundamentals of this essential stroke.

Fifty percent of points start with the return of serve, and it's time for you to start working on it. Stop ignoring this crucial shot. It turns out that the return is one of the least practiced shots in tennis. It is no surprise that many players struggle with it.

But here is the kicker!

Even players that practice the return of serve have difficulty improving it because they apply wrong fundamentals based on myths that have been perpetrated for many years.

Are you ready to learn The Intuitive Return of Serve?