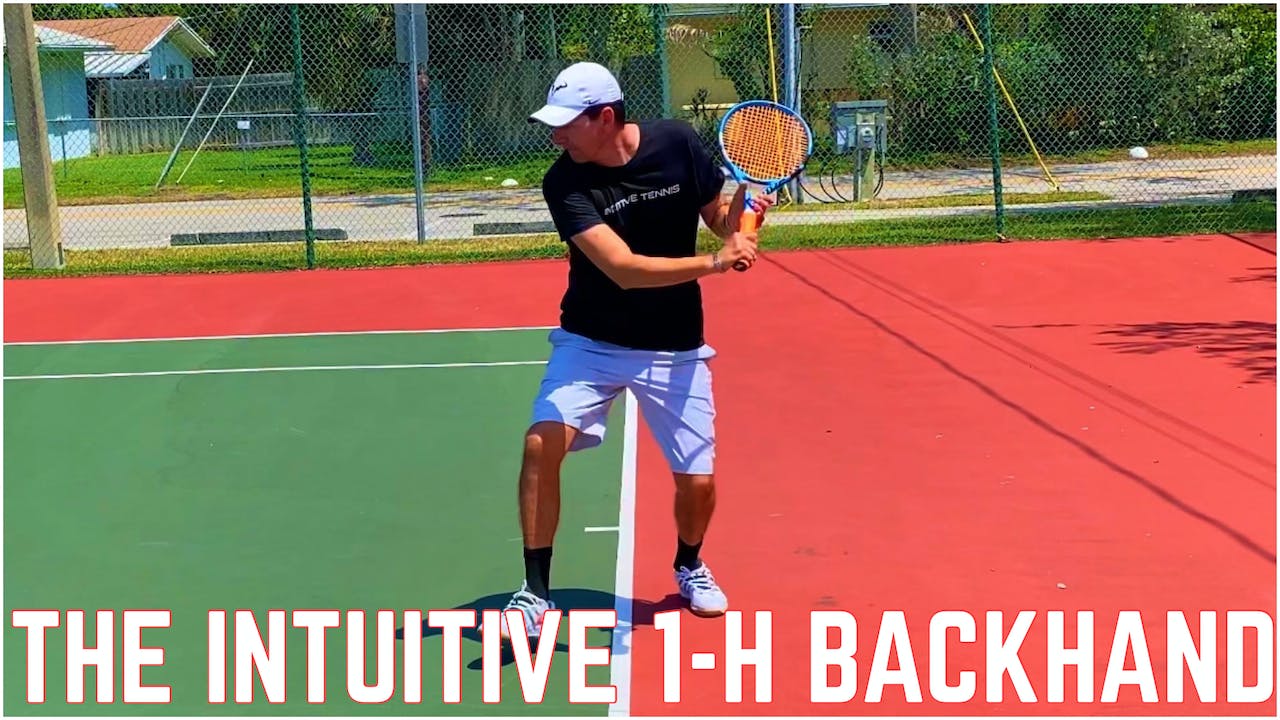 The one-handed backhand is biomechanically one of the simplest shots in tennis. The forehand or the serve, for example, are far more complex. However, most recreational tennis players and even some high-level players have a weak backhand.

So if the backhand is so simple, how do so many players struggle with it?

The answer is quite simple. On the one-handed backhand, we are using the backside of the arm, which happens to be the weaker side. It is not surprising that many players are therefore playing the backhand with two hands.

Why don't we just play the two-handed backhand?

They are using the arm in isolation. And since the one-handed backhand is struck with the weak side of the arm, players often experience a lack of power and control.

Therefore, it is of the utmost importance that the body supports the arm. When the one-handed backhand is executed with its various power sources working in unison, it turns into an effortless, powerful shot.

Think of Federer, Tsitsipas or Wawrika. The amount of power these players are able to produce is staggering. But it's not only that.

They look cool doing it.

When the one-handed backhand is executed correctly, it is possibly the most elegant and aesthetically pleasing stroke in tennis.

And there is a reason why it looks that way.

To look effortless, it has to have fundamentals that allow players to use their body most optimally, so the arm is fully supported.

But it's not only that.

Players with one-handed backhands have an advantage.

Since they use one arm on the backhand wing, they usually have more variety on that side. The backhand volley, drop shot, lob, slice, chip, bunt, and block are all strokes that are better with one arm. So players who have a one-handed backhand are usually more competent with these specialty-type shots.

Not only did I learn the hit a very good one-hander but also developed great feel playing with one arm on the backhand wing. My slice got better, and so did my drop shot, volley, chip, block, and most importantly (for me) the bunt, which is one of my favorite shots ever.

Learning the one-handed backhand has improved my game remarkably, and it's going to benefit yours as well. Whether you have a one-handed and want to improve it or are a two-handed player like me and want to add variety, the INTUITIVE ONE-HANDED BACKHAND COURSE will help you do just that.

It is my most comprehensive work yet. It covers every shot on the backhand wing struck with one arm, including the slice, chip, block, bunt, lob, and much more...

Why did I name it the INTUITIVE ONE-HANDED BACKHAND?

If you learn the fundamentals of each of these backhand strokes, set them up correctly, and intend to finish them the right way, they will become more intuitive. In other words, small intricate technical details will take care of themselves, and you'll never have to worry about them. With enough repetition and patience, all you will have to do is to